I hope you all enjoyed tournament season as much as I did. For me, and for pretty much everyone else I’ve spoken to in the community, it has been an amazing opportunity to travel to glamorous locations, meet beautiful people and play Netrunner with them. That Hilton they have in Birmingham is just huge, isn’t it?

Following nationals, I attended the Intercity Friendly hosted by Quinns and the lovely London meta (as well as a GNK in Stirling, because I have a problem) and it was fantastic to see friendly faces from nationals and meet even more of you – the awesome people who turn a great game into a wonderful community.

I can’t express enough enthusiasm for this tournament as a project to get metas mixing and we in Edinburgh are very much looking forward to hosting the next leg in around six months’ time. The thing is, we are far too excited to wait until the winter to see you all again. 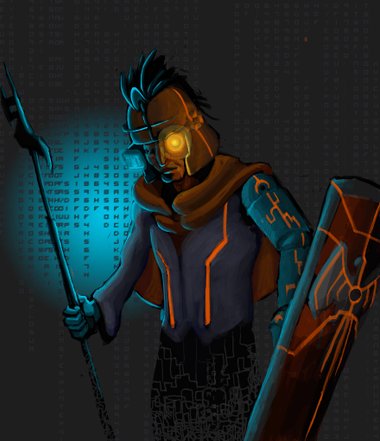 To this end we’re issuing an invitation to you all and a challenge.

On September the 13th 2015 we will be hosting the Hadrian’s Wall Tournament*in Edinburgh and, wherever you live, we’d love it if you’d join us.

We’ll be playing five or six rounds of Swiss depending on numbers.

The venue is the Victoria Park Hotel which has a fully stocked bar and will be serving food all day. It’s a short bus ride from the city centre. Those of you that made the trip for the Scottish Regional will have been there before. It's very nice.

We've got some exciting and unique prizes as well as an assortment of alt-arts and playmats kindly donated by the Scottish meta.

However, if you live in the north of England**, we dare you to organise the next one in six months, this time south of the wall. We promise not to get too drunk in your train stations.

Finally, a big thanks to Neil McDonald for creating such a magnificent piece of art for this momentous occasion. Further examples of his work can be found at http://neil-mcdonald.co.uk/

* Discussions ongoing as to whether this should be changed to “The Hadrian’s Wall of ICE Because that’s a Netrunner Card Tournament.”

** For London-based runners – This does not mean Haringey.