The Road to Nationals

I wanted to cover Netrunner Nationals in two parts; one covering the build up to the event from my perspective and one focusing on the day of the tournament itself. This is the former. It serves as a brief history of my tournament season heading into Nationals, as well as a run through of my preparation for the event. If you’re only interested in Nationals itself feel free to skip this article.

I’ve been playing Netrunner for about a year and a half at this point. I was taught the rules before that, but didn’t really get into it until I got my core set in December 2013. Throughout 2014 I started playing in local GNK tournaments, and discovered that I enjoyed competitive Netrunner. Between the decision intensive gameplay, and the cool community, Netrunner quickly because one of my favourite pastimes.

Things started to ramp up when I met Andrew ‘Xenasis’ Hynes at the University of Birmingham’s Tabletop gaming society, at the time a relatively inexperienced player who was looking for someone to play the game against. Hours and hours of games against each other saw us sharpen our skills, and in December 2014 we decided that we wanted to attend multiple Store Championships in 2015.

Throughout this entire season Andrew and I worked on deck building and play testing together. Discussing our opinions and choices helped us to both spot and pick the best deck, and meant that neither of us would become attached to pet cards or strategies. A big part of our tournament success comes down to the fact that we tended to pick the best deck, coupled with a good amount of testing both on OCTGN and in real life.

Netrunner tournament season began for me at the London Store Championship in January, a monstrous event with its player count of 62 making it larger than a lot of regionals. Birmingham really showed its strength at this event; of the car of four of us that went down three made the top four, myself, Andrew and Donald Bowden. While Iain Reid ultimately crushed our dreams and won the event, this tournament was a bit of an eye opener for us. This was the first non-Game Night Kit we’d ever attended, and we’d come out with a strong finish. At this point we started to wonder if we could take down a Store Championship. 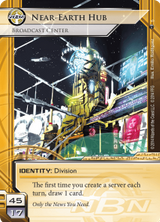 After a coin flip to make the cut, this dream was realised with a win at Leamington Spa. Things got even crazier when I ran it back the next week and won Birmingham Store Champs. Andrew also achieved a win in Worcester. While all this might make me look very clever there’s something important to note here, that I was painfully aware of at the time: all of my tournament success up until this point had been with NEH Astrobiotics, a deck I’d tested with quite a lot in the run up to the Store Champs season. With Clot looming I was doubtful about whether I could replicate that same success later on.

I was put to the test when I participated in the Stimhack Store Champions Invitational, an online event put on for store champions in which The Valley was legal. While I did place 5th at this event, I wasn’t all that fond of my Corp deck, a HB Rush/Fast Advance hybrid, and went back to the drawing board when starting to prepare for regionals. This is also when I picked up PPVP Kate, a deck I hadn’t played since the London GNK earlier in the year. As for the Corp side eventually Andrew and I just settled on playing the villain, and we picked up Replicating Perfection; a deck we’d both played at some GNKs in late 2014. This would turn out to be the ID that we both played all the way through to Nationals. 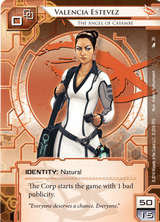 Because I was busy with exams in May I ended up only attending one Regional tournament, held in Manchester on 25th April. This day was a ridiculous comedy of errors; my Eater Val runner deck turned out to be poorly positioned for the metagame, and I was suffering from food poisoning and threw up on the floor of Fanboy 3 while running for the toilet. Nevertheless, my Store Champs bye and Nisei Mk II saw me make the top 8, at which point my frankly ridiculous luck allowed me to beat Tagore Nakornchai in the finals. This secured me my Nationals bye.

At this point I got mired in University exam season and wasn’t able to do as much testing as I would have liked, but fortunately Andrew and I were pretty sure that PPVP Kate and RP were the decks to bring to Nationals. We started playing them whenever we had the chance, hammering out the card slots that weren’t set in stone. 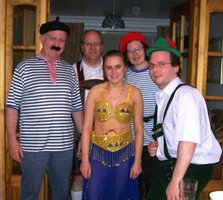 With my exams over and a week to go before Nationals I ended up attending a GNK in London at Dark Sphere, after I found out that I’d be in the area that weekend anyway for a Eurovision party. I took the lists that Spags had used to win the Wasau Regional, and I managed to top the Swiss portion with them. However it turns out that Game Night Kits are supposed to have top 8 cuts now, so I left to get a train (and some much needed sleep) before finding out how I would have done had I played out the rest of the event. At this point I was pretty happy with the Kate list against every deck except RP.

This last point proved to be a sticking point however, and Andrew eventually convinced me that we should be running Professional Contacts in our Kate deck, as we had been in the Stimhack Invitational. I was eventually brought on board with this given that we expected RP to be the best performing Corp deck at Nationals, and this combined with the fact that my win rate against everything else had been insanely good made Professional Contacts seem like the right choice. 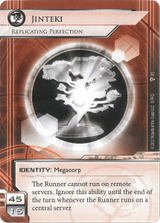 On the Monday of the week leading up to Nationals Andrew, Neil Gorst, Tim Fowler and I met up to test our decks and get some good games in as preparation. While I was still almost certain that I’d be playing RP and Kate on Saturday I still wasn’t all that happy with my Corp. I seemed to be underperforming with RP and started to worry that I wouldn’t be able to beat good, prepared players with it unless my draw was much better than theirs. However with no other Corps looking good to me (other than Blue Sun which I suck at playing) I decided to just stick with my choice. Later in the week Andrew finalised the Kate and RP list, with a bit of feedback from me. His version of RP was stronger and more consistent than the Spags list I’d been trying, and I was given a new boost of confidence.

Back on the runner side I had a crisis of faith on Wednesday night. I was pondering the archetypes we’d see at Nationals when I realised that all my tournament wins this year had been with Anarch decks, while both of the times I’d played Shaper I’d had a near miss. I built a tweaked version of Reg MaxX that I was considering playing all the way up until Friday afternoon. It did perform in testing but Andrew pointed out that I was being unreasonable, something I basically knew already, and I went back to Kate and stuck with it. We didn’t play many games on Friday despite hanging out at the University Tabletop Society all day, partly so as not to exhaust ourselves and partly because I didn’t want to risk second guessing myself again and making a suboptimal choice. There was some debate about whether to cut the Datasucker for a Femme in our Parasite-less list, but it was concluded that it was better to stick with what we knew. More discussion of our decklists will be provided in part two of this article.

The night before Nationals I didn’t get as much sleep as I really should have done because my good friend Jay invited me round to his house to watch M. Night Shyamalan’s The Happening, which might be one of the worst films I’ve ever seen in my entire life. After this cinematic farce I went home, packed my bags, prepared my packed lunch and went to bed, mentally preparing myself for hours and hours of running the Net the next day.

I’d like to thank my friend Jay Glover and accomplished player Andrew ‘Xenasis’ Hynes for their help with proof reading and editing.