The Space Between Updates

The Space Between Updates

So with my employment adventures in deepest, darkest Wales finally at an end and a new PSU installed in my PC, I am now tasked with attempting to offer some form of continuity from our rather large period of absence. I won't deny that what follows are purely random musings on the state of the game as it currently stands, something which Dave Hoyland will most certainly be able to improve upon in coming months (especially as he kicks my arse 90% of the time). 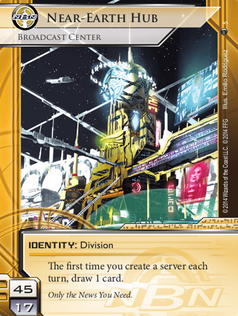 In truth, as we actually break down the impact of the start of the Lunar Cycle, only a few cards have made it on to the competitive scene, a process that is a great deal easier to look at with the plethora of National tournaments that have just concluded. That being said, the impact of these cards cannot be underestimated. 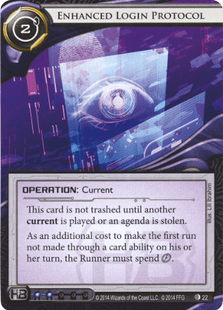 The key meta shift was obviously the introduction of Near Earth Hub as a new ID for NBN. Its dominance in the Canadian and American Nationals was somewhat overwhelming with it making up the majority of the field of the top players. It's a dominance which will no doubt continue all the way upto Worlds and probably beyond though it should be established that the deck itself has changed very little beyond the inclusion of an extra Biotic Labour and the use of cards like PAD and Market Accounts. In truth, I was very suprised to see NEH gain 2 additional influence with an ability that is undoubtedly stronger for an FA deck, an archetype that needed little assistance (I'm certainly not unhappy that NBN will be the last faction to get a deluxe box anyway!). 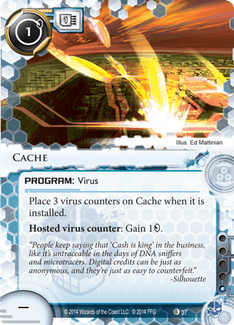 At the same time, Replicating Perfection has risen to a state of prominance, also making up a significant portion of entries in recent National and Regional tournaments. It is also a deck that has received some love in the recent data packs with Enhanced Login Protocol increasing the click taxation that the deck already provides. It also makes Eli's even more Godly (if such a thing is possible), especially on remotes, making them impossible to click through. Spending 6 credits + breaking central ICE + 3 clicks to trash a card like Sundew is not an appealing prospect to most runners, and as with NEH & Astro, once RP gets a Nisei Mk2 scored, the game can become a forgone conclusion (though not quite to the same degree).

These two decks alone have applied enormous pressure on the construction of runner decks. Suddenly our decks have to be stupidly fast to stop NBN while also having the economic power to last the distance against glacier and taxing style decks. Multi access has swiftly become all important, whether in the shape of an effective R&D lock or via significant hand pressure. It's unsuprising then that we've seen a significant resurgence of Shaper (particularly Kate) and Anarch decks who have multi access in faction as well as the all-powerful Parasite which can deal with both glacier and FA with flexible ease. Noise has once more risen to the fore with the release of Cache, a powerful economy card, especially in any deck with Aesops Pawnshop. Having the ability to attack R&D indirectly against taxing decks is very strong, even in this post Jackson world in which we all live. The tempo that Noise gains while setting up is not insignificant and with the aforementioned multi access in faction (Medium and Nerve Agent), Noise looks poised (couldn't resist, sorry) to be a force in coming months. I find myself running Whizzard a lot of late, having access to 3 recurring credits is a huge boon against almost all match-ups, especially NEH who often leave their assests unprotected in order to speed up their draw for Astro or Biotics. 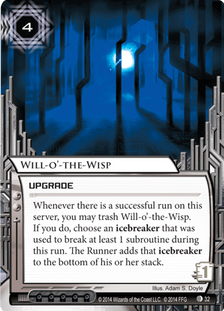 Anarch however, have their own vunerabilities, especially to the rather threatening new upgrade; Will o' the Wisp. WOTW is an abolustely terrifying card to deal with for everyone other than Shaper and I have found myself recently in a real decision paralysis when I suspect that it's installed in a central server. Is a random HQ access worth it when a key breaker gets dumped to the bottom of your stack, never to be seen again (unless you're running special orders, test runs etc)? This is a card which can open up a scoring window on its very own for 4 credits, and for 0 influence. The trick is to try and get into servers without using any icebreakers at all of course using cards like parasite and inside jobs, however, that may not always be a feasible reality. Upgrade style decks with cards like Caprice, Ash, Corporate Troubleshooter and WOTW can do some real work and the strength of a never advance style trap deck could become more prevelant with the power of WOTW.

Despite the dominance of NEH, the meta is shifting more rapidly than it has in recent memory as players try to find that elusive deck to lock NEH down reliably while at the same time, trying to remain competitive against taxing decks. Even within NEH itself, midseason decks are making a resurgence, especially in metas which use cards like Personal Workshop or Connection style setups. At a time when a lot of decks struggle to find room for Plascrete, will Tag and Bag come back as a significant force soon?

There can be little question that running is blumming tough work at the moment, a statement which is borne out through recent tournament stats which place the corp win percentage as high as 60%. With so many contingencies to plan for, the corp can execute a gameplan with relative impunity while the runner is tasked with the unenviable task of having to dedicate deck space to specfic matchups. I am optimistic that this deck building pressure will start swinging both ways with ID's like Quetzal and the rumoured anarch ID which forces the corp to start with a Bad Pub coming in Order and Chaos. With a lot of the lunar cycle already spoiled, I would suggest that corp dominance looks likely to continue for the forseeable future. All we can hope is that the Runner gets access to a few more silver bullet style cards which deal with fast advance effectively so that at the very least, scoring from hand becomes less reliable.