Is Milling Dead or is it Resting

Is Milling Dead or is it Resting?

Before we begin, I think it's important that we all bask in the comedic gold of Monty Python.

Excellent, now we are ready to begin. 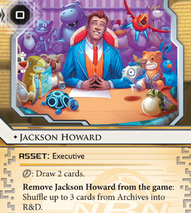 I firmly believe that we have fallen into lazy habits as Netrunners. In many respects I agree with the BGG poster who stated that we dismiss many cards because they're too 'easy to break', or 'that deck dies to Atman.' (bear in mind the topic does go off kilter a little bit by the half way stage).

I think that we can all agree that Action Jackson does curtail much of the strength of milling. Milling maybe 5-6 cards a game isn't going to make any corp sweat buckets when they can Jackson the agendas back into R&D at will. This is why Noise just isn't used that much any more (if ever). What it can do however, is force the corp to play your game rather than using their Jacksons on their terms.

Let's not forget that Jackson stops R&D lock effectively too since his draw 2 ability is blumming strong. Taking that option away through mill is a win as far as I'm concerned, especially as it only cost me a click to run on archives and breaking through what is likely to be a lightly defended server (no-one is going to overinvest in archives with a Jackson on the board). Equally, what scenario would you choose; the Corp shuffles snares/hedge funds/scorched back into R&D or; the Corp shuffles agendas into R&D because it has no choice. It's going to do one of them, that's for sure. 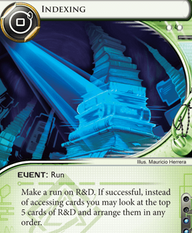 Fundamentally, I believe we are starting to look past the power of pressure as an effective means to win a game. More and more, people are looking for the 1-2 punch to kill someone off, the Sea Source > Scorched > Scorched, or the Indexing > R&D run. Perhaps what we should be looking for is how to consistently pressure all sides of the board, forcing the opposition to play our game. For instance, I believe that the threat of flatline can be as strong as flatlining itself. If you force the runner to play around tags or to play around net damage you're forcing them to make concessions to you. This may come in the shape of clicks, credits or cards but either way you are depleting a key resource, something they cannot function without.

Mill is a pressure tactic that has seemingly died with Opening Moves, perhaps a little unfairly when we consider how strong mill is. Mill forces the opponent to protect archives or to play their Jackson Howards. That is strong, especially in a meta where 14 ICE seems to be common and virtually ICEless decks are becoming more popular. Every ICE they place on archives is another ICE that isn't being placed on R&D or a remote. Every Jackson they use to shuffle agendas back in is another Jackson they aren't using to shuffle back in threats. More to the point, every card that gets milled into archives could be a key card! Net damage is strong not necessarily because of flatline, but because if you trash their one copy of Gordian Blade or their Kati Jones, they effectively have to spend the new few turns hoping and praying they hit a backup while you score agendas. In the same view every mill you make against a corp could be a scorched, snare or sea source you don't have to worry about.

What I'm suggesting is that we see Jackson Howard as a new corp resource, like clicks or credits. Everyone's packing him, and he's bloody strong, so we should try to get the corp to use him on our terms, not on theirs. So having already argued that milling 5-6 cards a game isn't going to do enough, how can we turn milling back into a viable tactic?

A lot of this article was inspired by a Apreche stream I watched recently where he used mill in an effective manner with an Andy deck. Have a looksie;

I should probably point out that he lost the game, but not because of a failure of the tactic, the tactic works pretty well and forced his opponent to use his Jackson Howard very early. There is no doubt that if he had pulled one of the crash space cards in his deck or an account siphon early, it probably would have been a different story.

There is no doubt that Jackson is here to stay folks, so let's take him off the board as quickly as possible, on our terms and keep the pressure up across the whole board.