There are three main corp decklists that have been doing extemely well during the Plugged In tour and the World Championships. I'm going to take a few minutes to review these and try and cover what to expect from them, as well as what you can do to counter these decks both during the game and when deck building.

The first one to mention is Weyland BABW, this took the Plugged In tour by storm. This deck encompasses two elements, first it is a tag and bag deck, and second it is a rush deck. This deck wants to threaten a points win so that you have to take risks when running allowing them to Scorched you.

Here is an example of a standard deck. 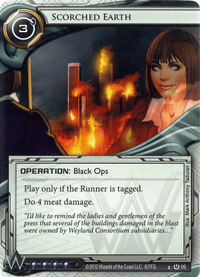 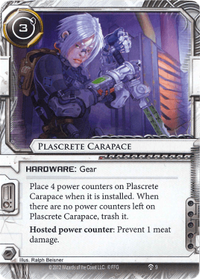 The important question, how do you deal with this deck? Running Plascrete Carapace is a must to protect from the double Scorched Earth, in my opinion you need to be running three Plascrete in order to fight off the threat consistently. The exception to this is if you are playing lots of card draw so you will see what you need early or you are also running other tag and bag prevention such as Decoy, Crash Space, Public Sympathy etc.

Another thing to consider is that a common way for this deck to get the flatline win even with a Carapace out is by the runner hitting Snare and being unable to clear the tag and get back up to four cards. This allows a SEA Source into a double SE to ruin your day. I like to run a Deus X to deal with this, but the important thing is to be aware that the flatline is still a possibility even with one Plascrete down. 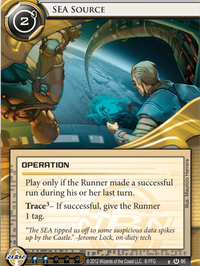 Equally, you have to consider economy in your deck and how many credits you have during the game. One of the main ways of getting the flatline is by using SEA Source, and this isn't something they can accomplish if you have more credits than them. This can be hard to accomplish against Weyland due to the large amount of economy cards but worth being aware of.

With the threat of flatline removed this deck still has a key threat in Archer, you will need to be ready to deal with this so when deck building. Mimic was sentry breaker of choice for a while but now it is essential to be able to deal with high strength Sentry ice such as Archer and Grim.

If you can deal with these things and the speed that the deck will try to rush out agendas then you'll win. Its considerably harder than it sounds.

If you look at the Worlds decklists you will see a lot of NBN, these decklists are far more varied than Weyland, so there is more to potentially deal with but a number of the things to consider remain the same.

Here is an example of a strong NBN list. 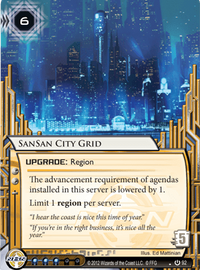 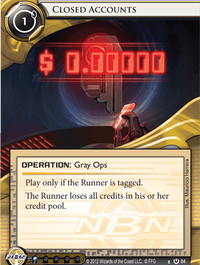 One of the key things to notice here is the tag punishment, you will often see both Closed Accounts and Freelancer in NBN decks and occasionally Scorched Earth. This needs to be taken into account when deck building, as you either need to avoid the tag (and this can be very hard due to Breaking News and Midseason Replacements), or deal with being tagged. In my opinion that means every runner needs to have a form of economy that is not a resource; burst economy such as Easy Mark and Dirty Laundry or program economy such as Magnum Opus or Sahraraha. Expecting your resources to get trashed and be able to deal with this is key for the runner currently. 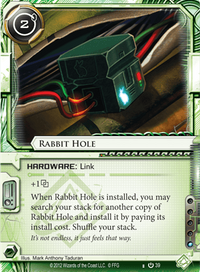 NBN uses a number of ICE that trace (Cadeceus, Draco) and decks should be built to deal with that. I believe cards such as Rabbit Hole, Compromised Employee etc should make a return as it nullifys this inherent strength.

While this doesn't have much to do with deck building it is worth noting that in NBN you will see a lot of San San City Grid, in almost all circumstances it is worth trashing this card where possible.

The final deck type that I want to talk about is HBFA. This deck hasn't been seen as often but did well in both Plugged In and won Worlds. The idea behind the deck is to score cards directly from hand using Biotic Labor and San San City Grid / Trick of Light.

Here is an example of a deck... 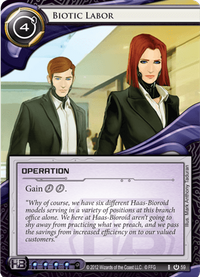 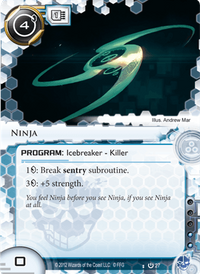 One of the key things you can expect in this deck are sentry ICE at varying strength. At low levels you will see Rototurret and higher levels Ichi and Grim. Therefore if you have programs out you need to be able to deal with these, Ninja is probably the best card in this situation if you can fit it into your deck.

Other key cards in the deck are San San City Grid and Biotic Labor as these are the cards that allow them to fast advance, therefore it is always worth trashing San San. You will note that both this deck and the Weyland deck we spoke about earlier require particular card combos to work, this means that cards that can trash these such as Imp are very strong. Imp is an expensive splash however, and not one I would generally recommend, it will all depend on your deck, but it is very strong against these archetypes. If you are running Anarch you have no excuse, use this card! 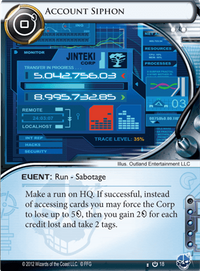 Typically this deck will not play agendas into remotes and leave them there for a turn. Therefore, control of the remote servers is not as critical as against other decks. What is critical is access to R&D, as the ability to R&D lock someone is powerful against FA. I would definitely consider the use of multiple access cards such as R&D Interface and Medium in most runner decks.

Money, money is king... Fast Advance is extremely expensive to do, a Biotic Labor and triple advance is 7 credits, a San San and double advance 8, therefore if you can use a credit denial strategy to keep the corp poor this is particularly strong against FA. Cards like Account Siphon and Vamp are good, as well as trying to force the corp to rez ICE it doesn't want to, both by running against multiple servers but also with cards like Forged Activation Orders and Emergency Shutdown.

Obviously there are other strong decks out there but these are ones you will see often. Hopefully this has given you some insight into these decks and some ideas on how to counter them.